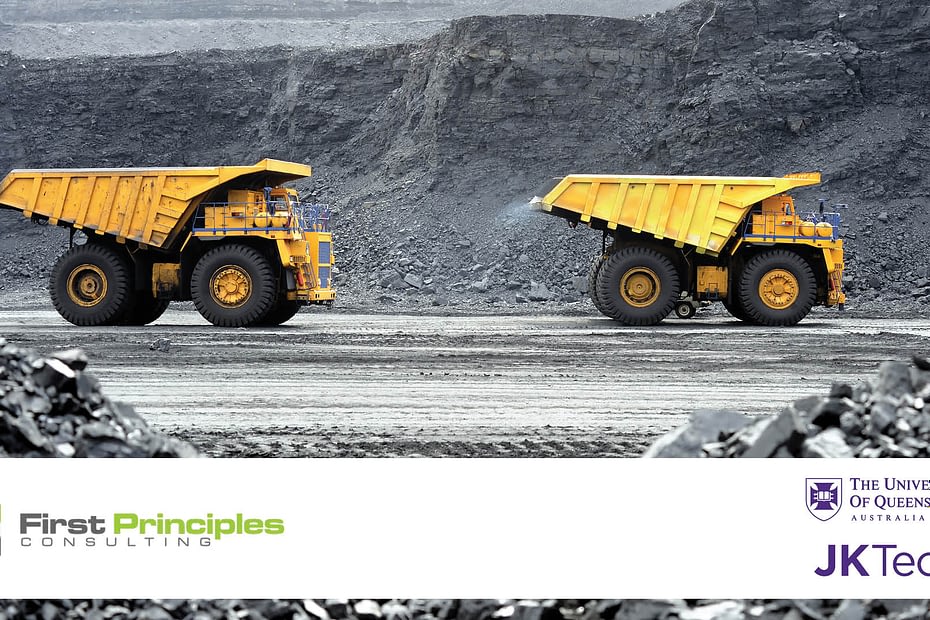 Many organisations consistently fail to reach their production targets or cost budgets and quite frequently both. Compounding this problem, they also struggle to break the cycle and make systematic and lasting improvements. Mine-to-Mill improvement projects have been conducted globally over many years and often provide value in the short term, but the ore and personnel involved inevitably change, making these technical projects difficult to sustain in the long term. Research and experience consistently demonstrate that the problems, which are often… Read More »JKTech & FPC announce integrated Value Chain and Management System Review

Two weeks after returning from a business trip to Europe, I finally decided to clean up my desk. To my delight, there is the AusIMM Bulletin, which is always packed with interesting articles, patiently waiting to be discovered.

The reason this one’s a bit more special for me is that it contains an article I penned over Christmas. While I’m probably one of the more techy blokes in his fifties (I get most of my info via screens), it’s still special to see one’s own words in print. It’s been a couple of years since my last paper, Improving Consistency of Delivery at Mt Rawdon Operation, which I co-authored and co-presented at the International Mine Management Conference in Brisbane with Mark Boon.

Thanks to all who contributed to the article (my teammates here at FPC, Paul Moynagh from Commit.Works, my son Alex Franklin, his good friend Nick Doblo and numerous others.)

If you don’t have access to the hardcopy and would like to learn more about how our clients and our team at FPC get more done, you can read the piece here. I hope you find it interesting and of value. Please let me know what you think!

Don’t forget this in your financial budget!

As FY17 draws to a close, most of us have the FY18 budget to commit to.

But, have you ever forgotten an important line item in your budget and then struggled all year having to deal with it?

Read More »Don’t forget this in your financial budget!

In this final instalment of our publications for the year, we present you with a brief guide on how to choose your ideal consulting service provider.

Hiring a consulting firm to partner with may require more thought on the client’s behalf than hiring other service providers.

Development Projects: How Not To Leave Too Much Money On The Table

As promised in last week’s email, here is the second instalment in our Development Project series. It follows on from our blog, which looks at the symptoms and reasons for poor feasibility study outcomes.

Development Projects: How Not to Leave Too Much Money on the Table – First Principles

Read More »Development Projects: How Not To Leave Too Much Money On The Table

Development Projects: Are You Leaving Too Much Money On The Table?

How improving your management practices will reduce the risk of suboptimal NPV / IRR.

A project is considered a failure if it did not at least meet its expected business value ‘On-Time, In-Full’ (OTIF). But what about those many marginal projects? From experience we know that there are many, many cases where a combination of circumstance and suboptimal practices have resulted in projects that might not be classified as failures but nevertheless, they failed to provide the full return to their investors.

Among other points, in their paper ‘The Use and Abuse of Feasibility Studies’, W Mackenzie and N Cusworth conclude that feasibility studies tend to focus on technical issues at the expense of critical business and project delivery issues. On the flipside, the following is an example of where the project teams managed to turn the game around from marginal/non-feasible proposals to extremely positive ones.

A North American producer with a potential gold mine in South America found themselves with such a marginal project. The initial feasibility study did not greatly attract investor confidence by posting moderate returns of 15% with a payback of 7 years. The developer could have proceeded on that basis, as yes it would make some money, but instead boldly decided to give the Feasibility Study one more go. The team managed to turn around what seemed to be a doomed value proposition, to a fully funded, now operational venture with returns exceeding market expectations. Less than a year later the team had:

Read More »Development Projects: Are You Leaving Too Much Money On The Table?